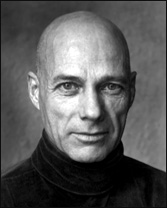 In 1947—while working as a sign painter in Long Beach, California—Allen Noonan was purportedly transported up into a Galactic Mothership operated by Extra Territorial Intelligence (ETI). At this time, Noonan was selected to fulfill the role of New World Comforter and human channel for the Everlasting Gospel of the Space Brothers. On direction from on high, he changed his name to Allen Michael, which you must admit is a lot cooler name than Allen Noonan. 1

In 1956, during a visit to Giant Rock, Michael was treated to a second ET experience when a flying saucer appeared with three beings named Favelron, Celeste, and Jameston, who—after introducing themselves—threw Allen kisses before accelerating away in a flash of light.

During the 1960s, Michael started a communal experiment called “The One World Family Commune”. In 1967, Michael’s commune opened a vegetarian restaurant called Here and Now in San Francisco. In 1970, the group moved across the bay to Berkeley and opened a second restaurant/co-op called One World Family Natural Food Center. It was there that Michael started once-a-week public channeling sessions with the space brothers and on one occasion several members of his group joined him on a trip to the planet Altamira. LSD sessions apparently played a large role in these experiences, which explains a lot. At the 2007 Roswell UFO Festival, Allen Michael’s son, Dennis Noonan, informed me that during the 1970s the group conducted successful UFO “summoning rituals” at Mount Tamalpais under the influence of acid.

In 1970, the FBI arrested Michael for selling eighth of an ounce of marijuana and he was sentenced to six months in prison. After his release, Michael moved his gang of acid tripping space cadets to a mansion in Stockton, California. During this period, the group explored the ideal of “Uni-Communism” promoting monogamous love, natural food, and vegetarianism.

As a further means of promoting the ET message, Michael founded the “Utopian Synthesis Party…the party to end all political parties and have a real party!” as part of a presidential run launched for the 1980 election. (Your humble author, who wasn’t thrilled with either candidate that year, Carter or Reagan, actually voted for Michael in the general election as a write-in candidate. I shit you not.)

Michael and his One World Family even tried their hand at rock music with an LP entitled Quasar. According to my esteemed contactee research colleague, Greg Bishop, writing at the WFMU blog:

“In 1976, they went into the studio to record music based on Michael’s space age philosophy. Since it was the mid-1970s, the music was ‘white people funk.’

This is most evident on the first track ‘Share the World’ which opens with a standard wah-wah guitar, and assures us that ‘We can all share the world/ It’s the grooviest thing.’ The second track, ‘Sound’ is the standout. Michael riffs on the word in glorious echoplex, obviously delighted with studio effects and what was being done with his voice. ‘My words go forth to fulfill the things for which they are sent…Call forth those who travel on instant, weightless, timeless lightbeams of sound…SOUND…SOOUUNNDD!!’ ‘Man and Woman’ appears to be standard new age fare glorifying the roles of the sexes, accompanied by an inexplicable accordion intro and break. On ‘One World Bill of Rights,’ Michael’s (or the Space People’s) words are read by a young woman. Perhaps Michael thought that people would be more apt to listen if a female voice read the new plan for a perfect society…”

During the 1990s, Michael hosted a public access TV show called Galactic Messenger. His group maintains a website at www.galacticmessenger.com

One thought on “Allen Michael and the One World Family Commune”