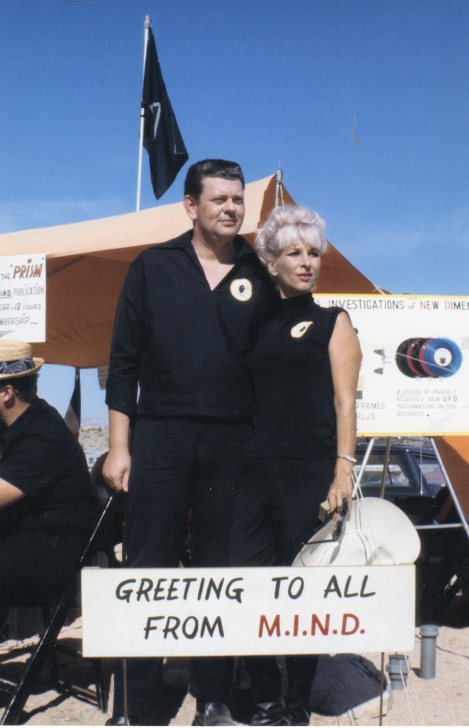 In 1963, Wes Bateman—a self-described “Telepath for the Confederation of Worlds”—initiated communications with an extraterrestrial brain trust known as “Outer State.” Soon after, he and his wife Jo-Nell founded Mental Investigations of New Dimensions (M.I.N.D.) based out of their bungalow in Hollywood, California.

M.I.N.D.’s main mission was to announce that mass saucer landings were forthcoming and to prepare mankind for this eventual ET-human hookup. The Batemans appeared on radio and TV programs where they predicted specific times and places where the flying saucers would appear. Some of these predictions apparently came true—at least according to signed witness statements produced by the Batemans.

During the mid-1960s—according to Bateman—he became a major source of inspiration for the producers of Star Trek, and in particular Gene L. Coon, who along with other Star Trek writers attended Bateman’s UFO lectures and cribbed ideas he discussed such as wormholes and warp drives (not to mention the “Prime Directive”) and incorporated these concepts into the Star Trek television series. 1

One thought on “Wes Bateman, Telepath for the Confederation of Worlds”